Complete the membership survey by November 29th and you will be entered in a draw to win a free voting TSI membership for next year!

PLEASE MAKE AN APPOINTMENT TO VISIT THE OFFICE IN PERSON

Find a script using the filters below, or browse our entire Library.

We are so pleased to announce that community theatre groups' membership fees for the 2022 - 2023 fiscal year have been waived! This includes new members as well!

There is no better time to become a member with Theatre Saskatchewan than right now!

What do our members get? Our members get access to our library, discounts on programming, access to grants, voting privileges at meetings and so much more. Visit our Membership page to find out more and to sign up for Membership.

Go to the Memberships page

Volunteer of the Year 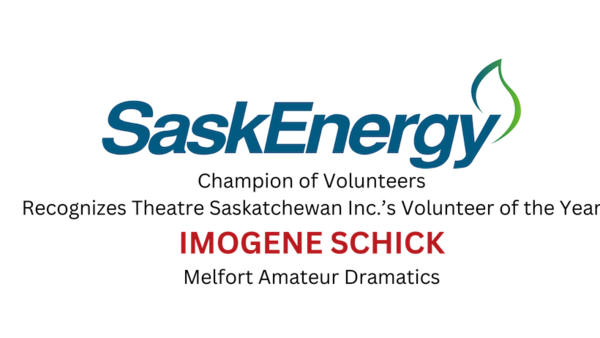 Imogene Schick is a proud member of Melfort Amateur Dramatics Inc. (MAD).  She humbly boasts that she is one of the founding members that created the fledgling amateur theatre group in January 1975.  She held the position of Secretary-Treasurer on the original executive board formed and held that position for a number of early years.

She fondly remembers MAD’s inaugural production of See How They Run, written by Philip King. It is a delightful farce, playing heavily on mistaken identities, slamming doors, vicars and comic situations.  She was honoured to be cast as Penelope Toop, the vicar’s wife.  The slapstick production generated an environment of great fun with much laughter for the cast and crew during rehearsals.  This environment is MAD’s shining jewel for community members to test their imaginations and resourcefulness to bring the playwright’s tale to fruition. She believes amateur theatre provides a platform to develop confidence in such real-world endeavours as public speaking and employment and provides an outlet for a person’s creativity.  As such, forty years later, she remains a member of MAD.

Her favourite play was Nothing in Common by Jennifer Fell Hayes.  In this moving drama, Imogene portrayed a successful businesswoman who cannot have children and offers to adopt the baby born to a young woman whose boyfriend has flown the coop.  It was this touching tale where she discovered and recognized an actor's power on stage, telling the character’s emotional narrative to a captivated audience.  The audience’s reaction was visible and tangible.  This validated her resolve to strive to honestly portray a playwright’s story, humourous or serious, to keep the playwright’s message true.

Records indicate that around 1994, Imogene resumed her involvement with MAD.  She has held the club executive positions of Vice-president in 2001, Publicity and TSI Club Representative for MAD in 2002 and Member At Large in 2003.  To date, she continues to hold the TSI Club Representative position on MAD’s Executive.  She enjoys attending, when possible, the annual Theatre Saskatchewan Inc. provincial festival, alternating between TheatreOne and TheatreFest.  There is always so much to learn, and it is always great fun to visit with other thespians on a personal and a theatre level.

Over the years, she has participated in many comic and serious amateur theatre productions, handling various roles on stage and behind the curtains as a make-up artist, costumer, sound tech, props person and generally holding the fort behind the scenes.  She has a Directorial Portfolio of two productions for Melfort Amateur Dramatics, Me Too Then by Tom Dudzick and Stephen Smith in 2004 and Looking by Norm Foster in 2009. She also directed the production of Phantom of the Opry by Tim Kelly for the Melfort United Church.

Imogene states that she plans to remain a MAD member to contribute to the community effort to keep “live theatre alive in rural Saskatchewan.”

Effective October 1, 2022, PST will be applied to the total charge for taxable admissions to events in Saskatchewan.  However, ticket sales by a non-profit group where 90% or more of the performers and crew are not paid directly or indirectly for their participation.  For more detailed information, please read the PST Bulletin. 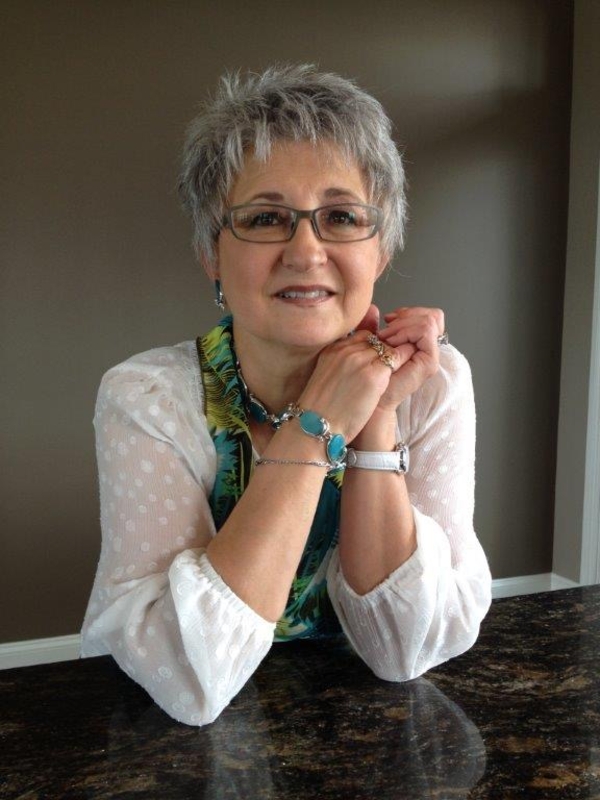 Check out what's coming up from our member groups!

Become a member and support Theatre Saskatchewan. You will have access to perks only member have! Browse and borrow from our extensive library of playwrights. You'll even have access to items other members are selling. Visit the membership page for details!