Winner: Sara Christie-Petrovich from Impavido Theatre (Yorkton) as 2 in Nine by Jane Shepard

Winner: Robyn Letson from Impavido Theatre (Yorkton) as 1 in Nine by Jane Shepard

Winner: Amber Matechuk from Paper Bag Players (Yorkton) as Missy and Pettigrew in Room No. 5 by Bev Clark

Winner: Teresa Weber from Paper Bag Players for Room No. 5 by Bev Clark

Join us in Kindersley November 14th, 15th, and 16th for TheatreOne 2019 Off the Wall!  We will be co-hosting our 30th  short play festival with the Kindersley Players. All performances will be at the Norman Ritchie Community Centre, 1023 1st Street West in Kindersley, with doors opening at 7 pm and curtain at 7:30 pm.

Tickets are available online by clicking the poster or in Kindersley at Labelle Boutique in the Kindersley Mall.

The after-parties are a place to celebrate the work put into the performances. The cost of the after-party is included in the cost of your ticket(s) to see the show!

There is a bus lined up to take groups back to the Canalta hotel from the Norman Ritchie Centre on all three evenings.

Block of rooms under Theatre Saskatchewan and cut off for room reservations is November 1st. 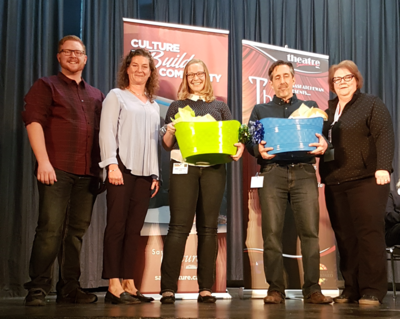 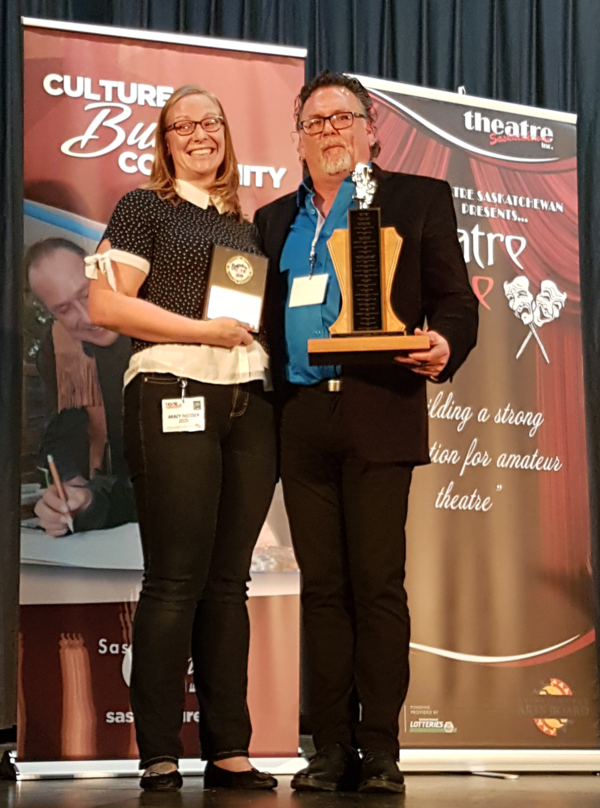 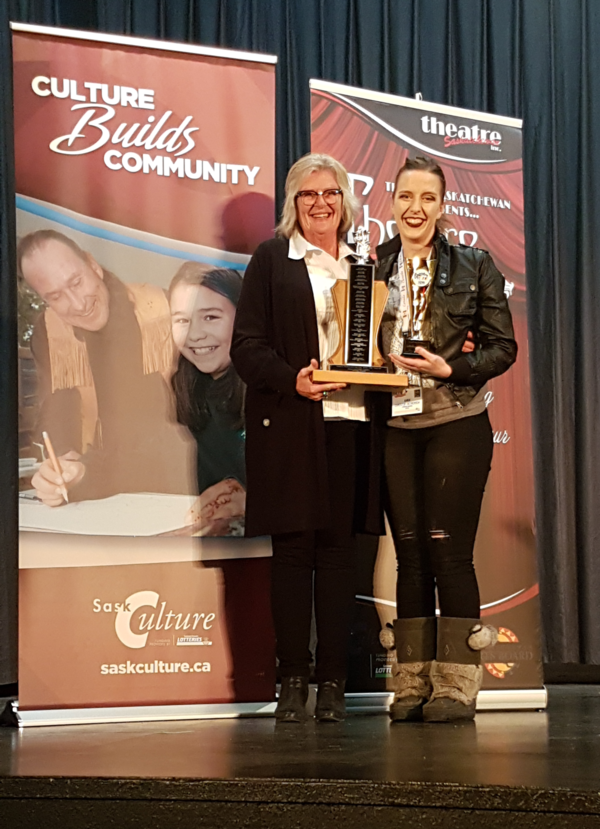 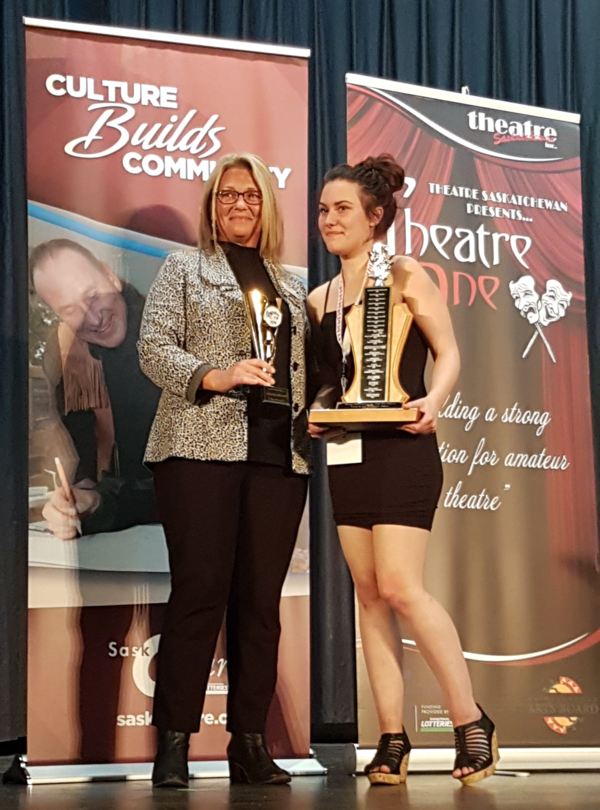 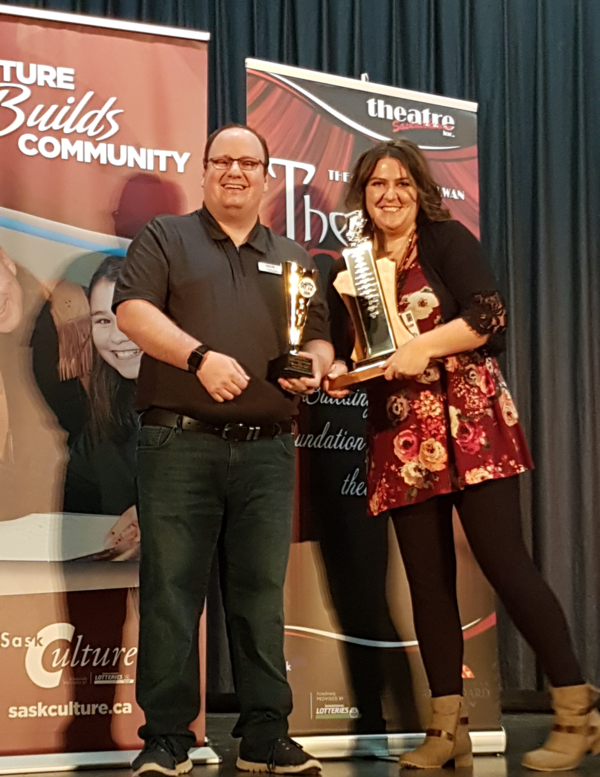 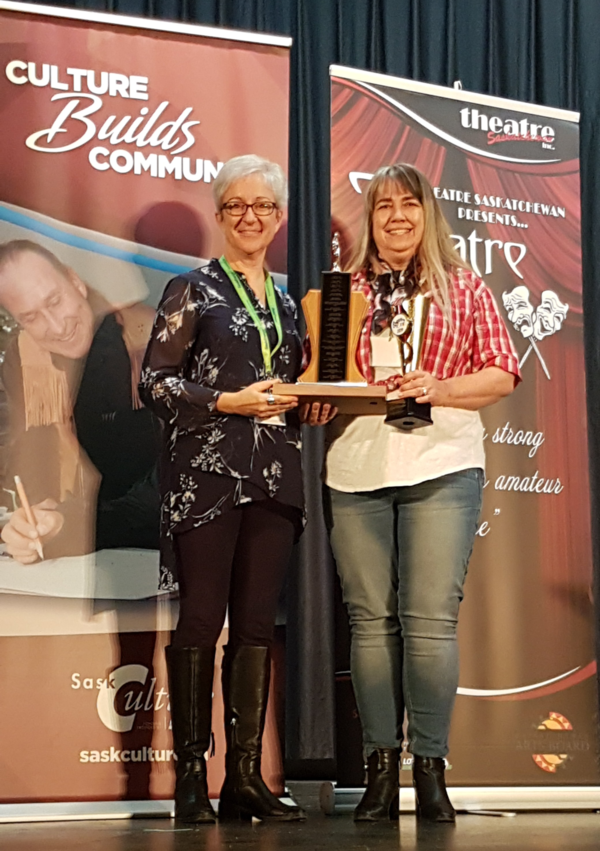 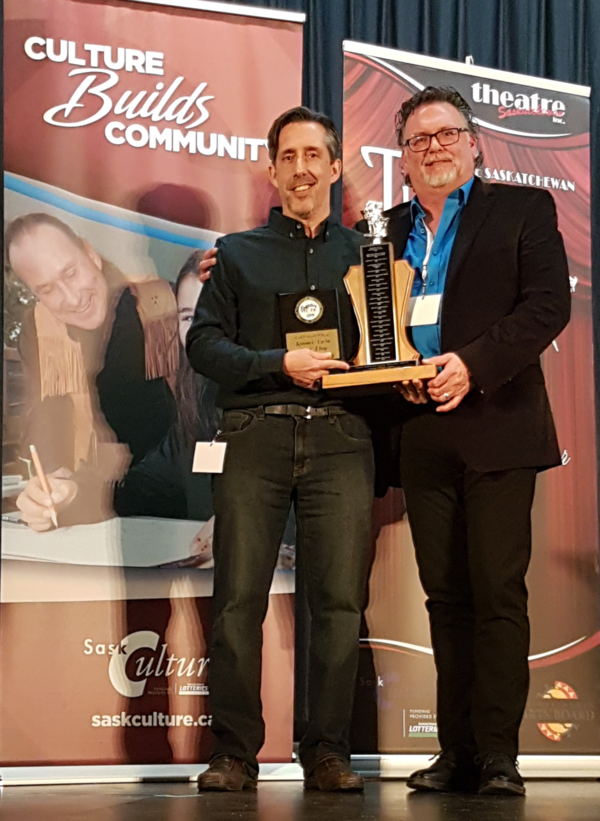 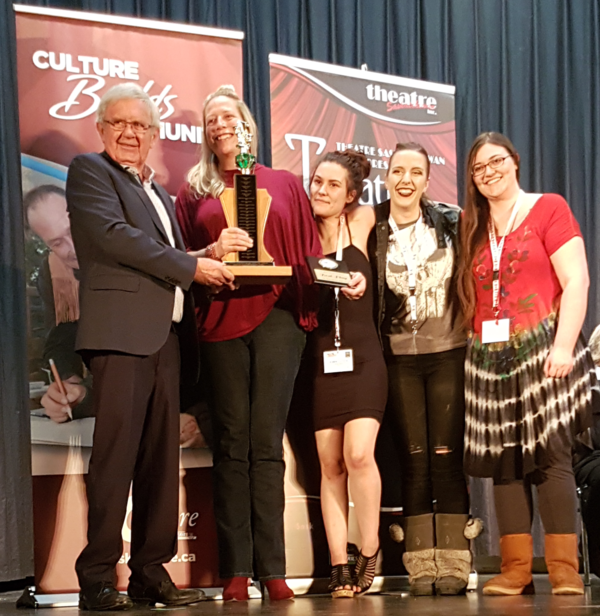